So many of us live for sports. We love to watch and cheer on our favorite teams, and we also love to play. Getting out and active is important for so many reasons. It helps to keep us fit, of course, but it also keeps us engaged in social settings with like-minded peers. The benefits of getting out there and staying active are important to our physical, mental and emotional well being. So whether your favorite sport to play is basketball, tennis, soccer, baseball or any/all of another myriad of athletic choices out there, you’re going to love this next app.

Maybe you are new to the city and don’t have your usual crew to meet up with for a quick game. Or maybe your work schedule has changed and that is keeping you from being as active as you would like. Justin Ford, Founder and CEO of Javelin Sports has just the solution that will bring you closer to your goals and will connect you with players of any sport you wish. Javelin Sports is a mobile application designed to help users find sports leagues as wells as pick up games in their area to fit their busy schedules.

Justin discusses how he felt it was becoming more and more challenging to stay active playing the sports that he had come to fall in love with. He decided to work with his co-founder, Coleman Chan to develop an easier way to keep up with your active life with an easy outlet to join leagues and meet sports enthusiasts in your local community. Javelin Sports includes cool features such as being able to chat with your teammates, receive game notifications, schedule your games on your own time, as well as sharing your experiences with your friends that may want to play.

Javelin Sports is currently live in Toronto, Canada on the Apple App Store or the Google Play store. To find out more about this application, you can visit their website. Cool new tech is always fun, but when it marries two of your favorite things, it’s love at first sight. That’s exactly what this new robot did for our very own Daniele Mendez. In the last 4-5 years, she has spent countless hours on both the tennis courts as well as working alongside her robotics team, so she absolutely could not resist this product.

Tennibot is a smart robotic tennis ball collector that scoots around the tennis court, picking up all of your practice tennis balls. Not only does it take the grunt work out of picking up the balls by hand so you have more time to practice, but it also looks cool in the process. With the price point starting at $399 for the personal version and up to $1,699 for the larger club version, they are looking forward to being able to ship by the end of 2016. 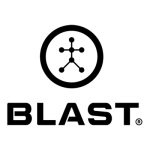 Here at CES, there’s been all kinds of sporting sensors and motion trackers from tennis rackets to golf clubs. The Easton Power Sensor with Motion by Blast brings the same kind of technology to baseball bats. Jamie and Daniel take a swing with Donavan Prostrollo, Senior Director of Marketing at Blast.

On show here is the Easton Power Sensor which attaches to the base of a baseball bat. Unlike the sensors in some other sporting goods, it can be switched between bats. The Motion by Blast software then synchronises video of the player with the telemetry from the sensor to show exactly what’s happening when the player takes a swing. The data is sent via Bluetooth to a nearby smartphone or tablet and the software automatically identifies the swings and clips the video to create a series of video highlights, overlaid with metrics such as swing speed, time to contact, swing direction, power, efficiency, etc.

At US$149, the Easton Power Sensor is not an impulse purchase but it is very affordable for a baseball team or serious player. Available now both online and at good sports shops.

Jamie Davis is the host of Health Tech Weekly at HTWeekly.com. He is a nurse, paramedic and health journalist.
Daniel J Lewis dares you to get started in podcasting with The Audacity to Podcast.

People who are playing a competitive sport need to know the score as the game goes on. Sometimes, in the middle of a match, it can be difficult to keep track of. The iSet smartwatch solves that problem. It keeps track of tennis match scores in real time. Use it to track your own or to check the win/loss ratio of your favorite tennis players.

Scott spoke with Lea Partouche about the iSet smartwatch. The watch connects via Bluetooth to a player’s smartphone. It requires an app that is free to download for either iOS or Android. You can connect one iSet smartwatch to one smartphone.

Two tennis players, who each are using an iSet smartwatch, can keep track of the score of the match in real time just by glancing at their smartwatch. One really nice thing about the iSet is that it can be used even if your tennis partner doesn’t have one. The smartwatch can still record the score into the app.

In addition to recording the score, the app will show your win/loss stats. It keeps track of who you played against and when the match took place. Or, you can put the name of a tennis player that you want to follow into the app, and it will show you that player’s statistics.

In addition to being a tennis tracker, the iSet smartwatch can do other things. It can show you the time. It can be used as a stopwatch or a timer. The iSet smartwatch is expected to be released in March of 2015 for a retail price of $129.00.

Interview by Scott of F5 Live for the TechPodcast Network. Get yourself a tiny wearable camera that will allow you to stream video over a 4G wireless LTE connection with Liquid Image. Chris Montera from the Tech Podcast Network and the Health Tech Weekly podcast checked out the interesting devices at CES Showstoppers event this year in Las Vegas. One of the them was a wearable camera technology from Liquid Image.

Liquid Image specializes is creating wearable cameras for active people on the go. They have cameras that can attach to anything from a motocross helmet or goggles to a scuba diver’s mask. Now they have enabled Verizon 4G LTE transmission technology in their cameras allowing streaming video from anywhere Verizon 4G networks connect. While you might think this device is perfect for the action sports arena you’re right but it also makes a perfect solution for first responders and public safety officers like policemen and firefighters in rescue situations.

The 4G LTE Liquid Image camera package will be available this summer and will cost around $399. You can get just the camera with basic Wifi and bluetooth technology for just $199. Check out LiquidImageCo.com for more information.

Follow-up with more segments from CES 2014 here at TPN.tv and over at the Health Tech Weekly Podcast with host Jamie Davis, the Podmedic. Justin Schneller from GeoNaute.com came by the TPN.tv booth at the International CES conference in Las Vegas to pick up the TPN Pick Innovator Award for the GeoNaute 360° sports camera they debuted at the show. Geek News Central host Todd Cochrane is joined by Health Tech Weekly host Jamie Davis, the Podmedic for a look at this awardee.

The GeoNaute brings a whole new dimension, literally, to the sports and active camera space. Their innovative 360° camera view allows the sports and outdoor enthusiast to record what’s going on around them in real time, HD video. The mobile app and cloud console that comes with the camera allows you to view the recording, rotating the view wherever you want during the recorded playback, seeing up, down, forward or behind while wearing the camera.

Recon Instruments shows Todd their heads up display for skiers, snowboarders and alpine sport enthusiasts. The display will give you a “dashboard” type display inside of your goggles that tells you speed, altitude, distance traveled, height of your jump and a whole lot more. It even gives you GPS data and with the Android powered version will allow other apps. It will even give you caller ID for an incoming call so you can decide if it’s worth stopping and answering the phone. It will, however, not let you text, make calls or answer calls while skiing. (And you thought driving while texting was a problem). The unit is installed in the goggles and is controlled by a bluetooth remote that can be worn just about anywhere on your body and is very tough.

For more information go to reconinstruments.com

Contour has long been known for high performance sports and adventure video – but they were concentrated at the premium end of the marketplace. Not any longer ! The new ContourROAM has an MSRP under $200 ! And, they’ve paid attention to ease of use, introducing one-step recording. Just slide the record switch, and you’re instantly filming. Easy as that. It’s the ideal camera for a fun, stress-free experience capturing your adventures anywhere life takes you.

Interview by Andy McCaskey of SDRNews for the TechPodcast Network.

Aftershokz Bone Conduction Headsets use the same technology that military Special Ops teams depend upon. Now consumers can be street legal – nothing in, on, or covering your ears. Direct vibrations are carried by the bones to the inner ear. In military and police applications, their ears are open in order to hear the movements of both their targets and other members of their unit.

Aftershokz Headphones enable joggers, bike riders, skateboarders, hikers, and other athletes to safely listen to their portable music player while participating in their favorite activity. If you are interested in healthy living and keeping track of your habits this is for you!

The BODYMEDIA Activity Manager captures your statistics in real-time as well as your sleeping habits.

I have used several different sports devices to track my progress for running, biking, skiing, etc but I have never had a device that captured my sleep.  According to my doctor, I need to sleep more and this may be exactly what I need.

You can publish your results on the internet for easy access and overview as well as using their iPhone/Android apps to log food intake and other essential habits.

I had a ton of fun talking to Nic “the intern” and I kept watching his statistics available on the BODYMEDIA web page.  Nic performed a skydiving tandem jump during CES and his statistics were immediately uploaded to the web to show how his body reacted to the jump.  This is really impressive.

Fitness professionals must be jumping and cheering about this device!

Get your 14 day Free Trial of Audible Gold to start Listening to great Books!