HandAble is a fashionable way to hold your phone securely. It can be attached to phone, tablet or e-reader, and adjusts from child to adult. To return the HandAble to the down and locked position, you just pull on the cord and stow the phone and HandAble device in your pocket or purse. Custom artwork is available for corporate gifts, political events or special occasions. Price class $12. TPN Interview by Andy McCaskey, SDRNews and Daniel J. Lewis, The Audacity To Podcast. 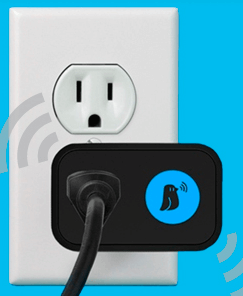 Road Warriors are famous for multi-tasking on the run. One of the consequences is that they often run out of their hotel rooms or airline business clubs with a variety of chargers left behind – either behind drapes, under desks or in the out-of-the-way places that outlets live.

Perch has developed a device that sounds the alarm whenever you depart. It very simply reminds you to take your charger for mobile phone, GPS, radar detector, laptop or other device with you, instead of leaving it behind and coming up short on juice a few hours later.