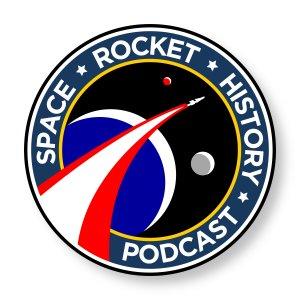 The history of rocketry and space exploration.

At 07:00 hours Houston time, Skylab 2 roared off its Milk Stool from LC-39B; the first Saturn IB launch in almost five years and only the second launch from Pad 39B.

Space Rocket History #405 – Skylab – What Went Wrong and How Do We Fix It?

Having two rockets stacked on pads 39A and 39B at the same time made for quite a sight at the Kennedy Space Center. There were also two firing rooms at KSC’s Launch Control Center that would control the countdowns for … Continue reading →

This SMEAT crew would test out various elements of the Skylab equipment and procedures in a series of trials, ending in a full-scale simulation that was set at 56 days.

The backup crew and some support crew participated in an interesting rescue scenario with 2 astronauts flying to Skylab to take back the crew of 3 onboard Skylab. This would mean 5 astronauts returning to earth in the command module.

Aside from physically training for the longest crewed missions that the United States had ever attempted, the actual training program was developed simultaneously with the hardware and experiments for the mission.

Bill Pogue served with the Thunderbirds as an aerobatics pilot from 1955 to 1957.

Carr was in the likely crew rotation position to serve as lunar module pilot for Apollo 19 and walk on the Moon before the mission was canceled by NASA in 1970.

“Farewell, Aquarius, and we thank you.” Joe Kerwin

“I started out being president of my first grade class, two years in a row.” Ed Gibson

“Pete wanted to do Skylab and we both felt that we did not want the moon program to get crowded, other people deserved chances too.” Al Bean

Skylab had three bedrooms or sleep compartments, one for each astronaut aboard.  To save space, the beds were arranged vertically in the quarters.

As a crew would approach Skylab in their Apollo Command Module, they would see its docking port that was called the Multiple Docking Adapter or MDA.

During 1970-1972, a possible fourth “new” docking mission with Skylab was considered. This new mission would not be just another Apollo docking, instead it was a radically different idea.

On February 1970, Nasa announced that the AAP had been renamed.  America’s first space station would enter the history books as Skylab.

On June 7th 1969, General Stewart ordered all work on Gemini B, the Titan IIIM and the MOL spacesuit, to cease and to cancel or curtail all other contracts. The official announcement that the MOL had been canceled was made … Continue reading →

A planning document depicted 12-man and 40-man stations, both with self-defense capability. It described the 40-man, Y-shaped station as a “spaceborne command post” in synchronous orbit. The key requirement was “post attack survivability”, the station would be capable of “Strategic/tactical … Continue reading →

Strangely enough the MOL astronauts only knew of the cover story that the program would be a space laboratory for military experiments and did not learn of the reconnaissance role until after selection.

NASA feasibility studies determined that a research space laboratory could be placed in orbit by 1967. However, to fund such a project it had to be justified by achieving a national goal, or an important science goal, or test of … Continue reading →

A scant five months after Apollo 17 splashed down in the Pacific Ocean in December of 1972, NASA launched Skylab to begin a new phase of American manned spaceflight – space station operations.

Once its antennas were deployed, Explorer 49 was the largest human-made object to orbit the Moon as of 2022.

Launched in 1972 and weighing 258 kilograms (569 pounds), Pioneer 10 completed the first mission to the planet Jupiter and became the first of five artificial objects to achieve the escape velocity needed to leave the Solar System.

“The UK 4 (United Kingdom Research Satellite 4), a.k.a. Ariel 4, was a small observatory designed to investigate the interactions between electromagnetic waves, plasmas, and energetic particles present in the upper ionosphere.” Wikipedia

This is how Deputy Chief Designer for OKB-1, Boris Chertok described the launch of Mars 3. “The red disk of the Sun was just touching the horizon and dramatically illuminated the rocket as it lifted off with a roar. Separation … Continue reading →

Mariner 8 and 9 were virtually identical and designed to continue the atmospheric studies begun by Mariner 6 and 7, and to hopefully map over 70% of the Martian surface.

The Apollo 17 mission was the most productive and trouble-free piloted mission to the moon and represented the culmination of continual advancements in hardware, procedures, training, planning, operations, and scientific experiments.

At 4:56 Houston time, Gene rested the tip of his left index finger on the yellow ignition button.

“As we leave the Moon and Taurus-Littrow, we leave as we came, and God willing, as we shall return, with peace and hope for all mankind. Godspeed the crew of Apollo Seventeen.” – Gene Cernan’s final words from the surface of … Continue reading →

“How can there be orange soil on the Moon?! (Pause) Jack, that is really orange.” Gene Cernan

Gene Cernan’s first words were “As I step off at the surface of Taurus-Littrow, I’d like to dedicate the first steps of Apollo Seventeen to all those who made it possible.”

Gene had a deadlock visual on the landing site. He knew exactly where he was, and the LM had become part of him, responding to his wishes as well as his touch on the controls as they lowered closer to

For the next two days, Jack Schmitt would do a running account of Earth’s weather patterns. One Capcom even called Schmitt the human weather satellite.

At 12:33 A.M. Dec. 7th 1972, “the hold-down arms released and the mighty Saturn V stirred, balanced on a dazzling fireball that grew to the size of an atomic bomb. As a show-stopping spectacular, noth

By the time they reached the elevator, Cernan felt absolutely charmed, and was grinning from ear to ear. His Saturn V sparkled like a 363-foot-high jewel rampant against the night sky, center stage an

Flight director Gene Kranz wrote that Cernan was his favorite because of his carefree and jovial attitude, unabashed patriotism, and his close personal relationship with the flight controllers.

On re-entry Casper hit the atmosphere at an altitude of about 400,000 feet above the earth and at a velocity of nearly 25,000 miles per hour.

The LM eventually crashed due to lunar gravity anomalies. Since Houston didn’t know exactly where it landed, it was not useful to calibrate seismic experiments on the surface.

It was the only time in their whole lunar stay that Charlie had a real moment of panic and thought he had killed himself.

The crew nicknamed this operation “The Big Sneak.” They figured the only way to do this was to approach from behind a big rock, then reach over and collect the sample.

John and Charlie also collected several rusty-looking rocks with brown stains on their surfaces. These were exciting finds because the rusty appearance suggested the presence of hydrated oxides of iro

As the red smoke cleared, Al saw widening holes in one of their parachutes, collapsing it into a useless strip of cloth. “We’ve got a streamer on one,” Al reported.

On Hadley Plain, at 171:37 GET, right on schedule, Falcon’s engine lit, hurling the ascent stage upward in an impressive flurry of dust and debris, captured for the first time on camera and transmitted live to a world-wide audience.

After being cooped up together so closely with his fellow astronauts inside Endeavor, Worden enjoyed stretching out for his solo flight.  Now he really got to fly.

“We pray for one last landingOn the globe that gave us birth;Let us rest our eyes on the fleecy skiesAnd the cool, green hills of Earth.” Robert A. Heinlein

Both men realized what they had discovered. The rock was almost entirely plagioclase. This was surely a chunk of anorthosite, a piece of the primordial crust, the Genesis Rock.

Suddenly, Scott called out that the Rover was beginning to slide down the hill.  As the back wheels came off the ground, Scott quickly got back on to hold the rover down.

The whole stripped-down rover weighed about 455 pounds on Earth but only 76 pounds on the moon and was built to carry 2 1/2 times its weight at a maximum speed of about 10 miles per hour.